One of the many positive things about street photography is you never know who you will run into. The picture above was taken on a ctrain ride in the city taken a little bit before the golden hour (magic hour)

He took a seat across from me. I instantly notice a small little bird on his shoulder. He then moved on to show me tricks with his bird. The bird would follow him like a dog following his master. He told me that the bird is half hypnotized and that It took two days to get him trained. I then asked if I could take a photo of him. He smiled and said “Yes“ with a command from him the bird went right up to his shoulder.

I will remember my weird encounter I had  on the C-train that day. A man bright and full of life just like his bird. two sides of the same coin. If there is one lesson I learned that day is to always bring your camera you never know who you might meet or see. 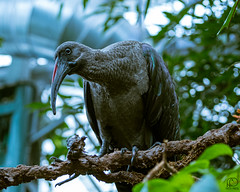